Pennington named to NFJC board 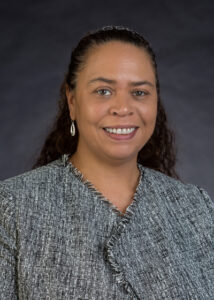 The National Federation for Just Communities (NFJC) of Western New York has elected LeChase Corporate Diversity Manager Stephanie Pennington to its board. The NFJC is part of a network of organization across the country dedicated to overcoming racism, bias and discrimination. Through its educational programs, advocacy and community involvement, NFJC seeks to promote understanding and respect among all people. Pennington’s three-year appointment begins in February.

Pennington, who joined LeChase in 2018, is active in various business and industry associations. She currently serves on the Buffalo Niagara Partnership Diversity Council, and the New York & New Jersey Minority Supplier Development Council’s Upstate Advisory Committee. In December 2021, she was part of a Women in Construction panel at the New York State MWBE Forum. She will also be on a Diversity in Construction panel at the upcoming New York Build 2022 Expo in March.