A Thermo Fisher Scientific cleanroom project in Penfield, N.Y. has earned a 2021 Excellence in Partnering Award from the Associated General Contractors (AGC) of New York State. The project was a fast-track effort to convert warehouse space into an ISO 7 (Class 10,000) cleanroom. The cleanroom supports manufacture of test kit containers used in the fight against COVID-19. 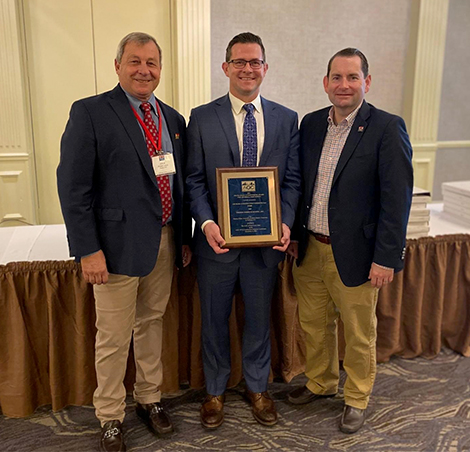 Meeting the tight schedule required strong collaboration between all stakeholders, including Thermo Fisher, design firm SWBR, and construction manager LeChase. Through their collective efforts, they completed work in time to meet production demand. The team also worked to minimize disruption to other operations that were on-going in the facility during the project.

The annual Excellence in Partnering Award honors projects that epitomize the principles of partnering. Those principles include working with a common purpose, trust, commitment, clarity of roles, and openness in the working relationships.

Awards were presented at a December 8 ceremony in Saratoga, N.Y.  Mike Corey, of LeChase’s Schenectady office, accepted on behalf of the Rochester-based project team.