Greater Rochester International Airport’s modernization project has added another honor. The project recently received the 2019 Airports Going Green award from the Chicago Department of Aviation and the American Association of Airport Executives. 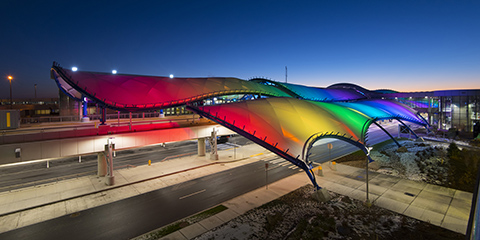 The award recognizes the project for a number of green features. They include:

The project previously received  three awards from the American Public Works Association (APWA) including the national APWA Project of the Year award in the category for Structures more than $75 million.

LeChase was agency construction manager for the $79 million modernization project.

Click the links below for news coverage on the award.