On May 20, LeChase hosted its second annual company-wide event to welcome summer interns.  Of the 24 interns scheduled to work across the company this summer, 14 were able to attend the event live in Rochester, three attended in person with the North Carolina leadership team, and one connected in via Zoom from Schenectady. Those who had not yet started received department welcomes when coming on board.

Thank you to the planning team, presenters, LeChase Young Professionals, leadership and intern supervisors who helped roll out the red carpet for this year’s interns!  Additional activities – including a site tour, lunch & learn and end-of-summer celebration – are also planned.

Looking back at the 2018 summer program, five of last year’s interns are now full-time LeChase employees. By the numbers, this year’s interns:

Shown in top photo (l-r) at the kickoff in Rochester are Tanner, Connor, Paul, Sara, Tommy, Elis, Megan, Lakin, Franca, Katie, Justyna, Matt, Zach and Justin; in photo below that at left are Jonathan, Justin and Wil in Durham. 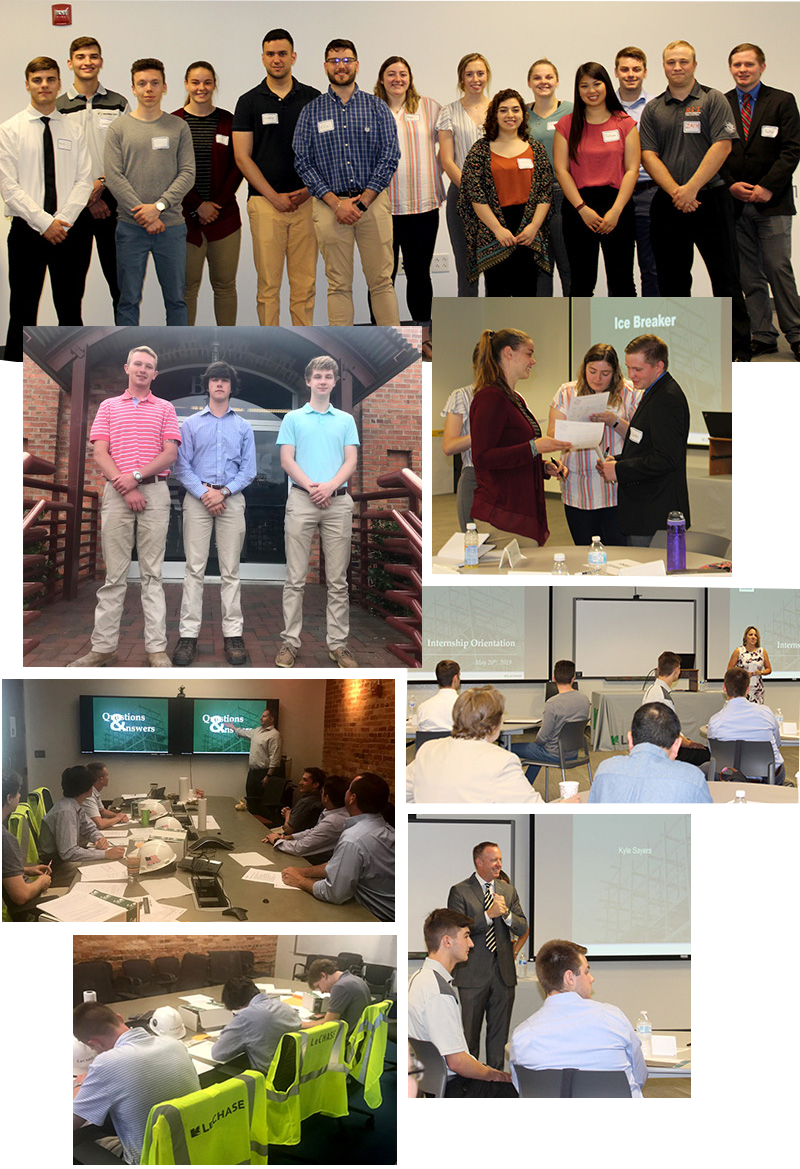