the July 1 groundbreaking, held in accordance with current distancing and gathering guidelines, included CLVFC and project team members, as well as local guests and dignitaries. Account Executive Mike Corey, of LeChase’s Schenectady office, was among the speakers. “LeChase is excited to be a member of this fire station project,” he said. “We’re also proud to be on a team committed to the advancement of first responders and those dedicated to community service.”

LeChase is serving as general contractor for construction of the new fire station. The project team also includes C2 Design Group and the Environmental Design Partnership.

For news coverage of the event in the The Leader-Herald, click here. 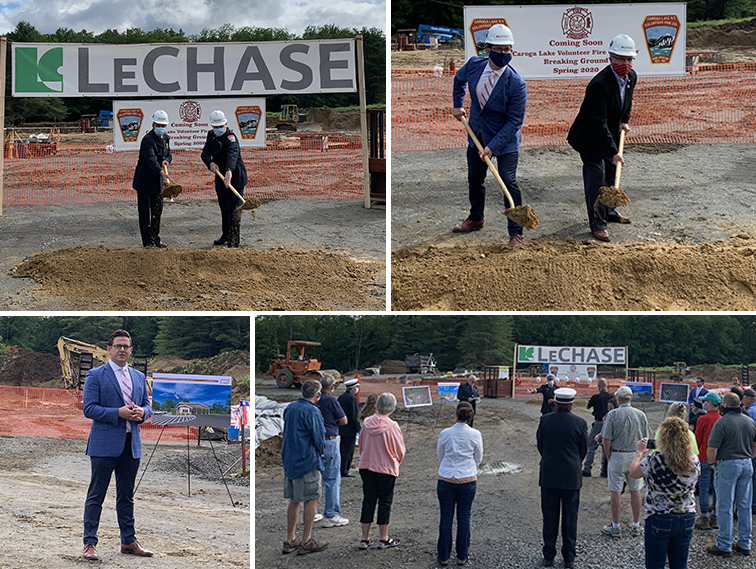