The Fireman’s Association of the State of New York (FASNY) held a June 25 groundbreaking for renovations to its Albany headquarters. LeChase is design-builder for the project, which coincides with the organization’s 150th anniversary year.

The project includes exterior renovations to make the building’s façade resemble a firehouse from the era when FASNY was formed. In addition, crews will renovate nearly 24,000 SF of restrooms and conference rooms on three floors of the building. Work is scheduled for completion this fall. 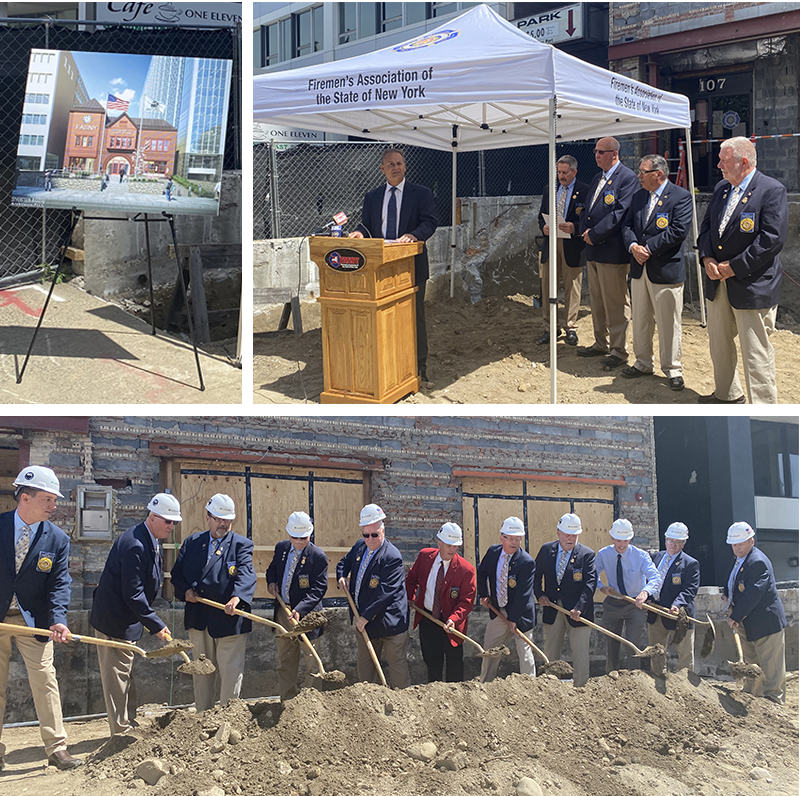 LeChase Vice President Neil Schiavi (at podium) was among speakers at the recent groundbreaking (bottom photo). A rendering (on easel, top left) shows the post-renovation facade.