The Durham Rescue Mission’s Clegg Family Student Housing building has received its certificate of occupancy. LeChase was construction manager for the project, which began in July 2018.

The 10,000-SF building consists of 23 units, two common rooms, a laundry facility and kitchen. It was funded entirely by donations, and is named after the Clegg family, who provided the lead gift for the facility. Now complete, it adds capacity for the mission to house 54 men in its Victory program. The program enables men and women to overcome addictive lifestyles and return to the workforce through school and vocational training.

The images below show the project at various stages, including the official key hand-over (bottom right) from LeChase’s Denny Mangum (at left in photo), the project executive. 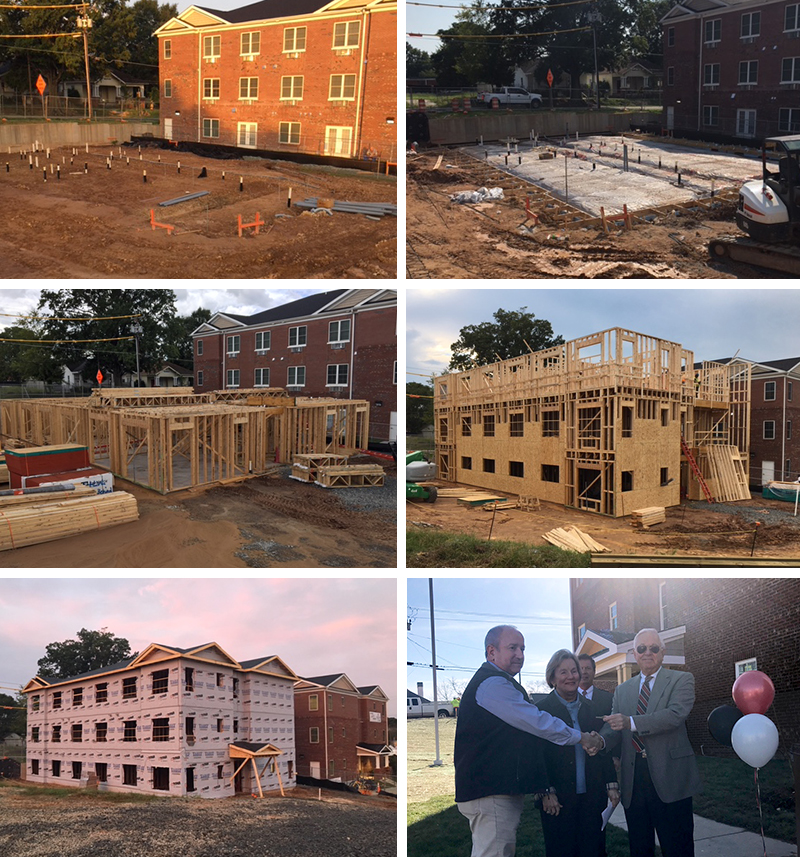