The North Carolina Department of Labor (NCDOL) has presented safety awards to twelve LeChase projects and sites in the Durham area. NCDOL gives the awards annually. Winning requires a site or project to have an incident rate at least 50% below the average of its peers. Statistics look at results from the prior year.

Six LeChase teams marked two or more consecutive years of safety awards; six others received the recognition for the first time. They all received their awards at a ceremony on June 3. 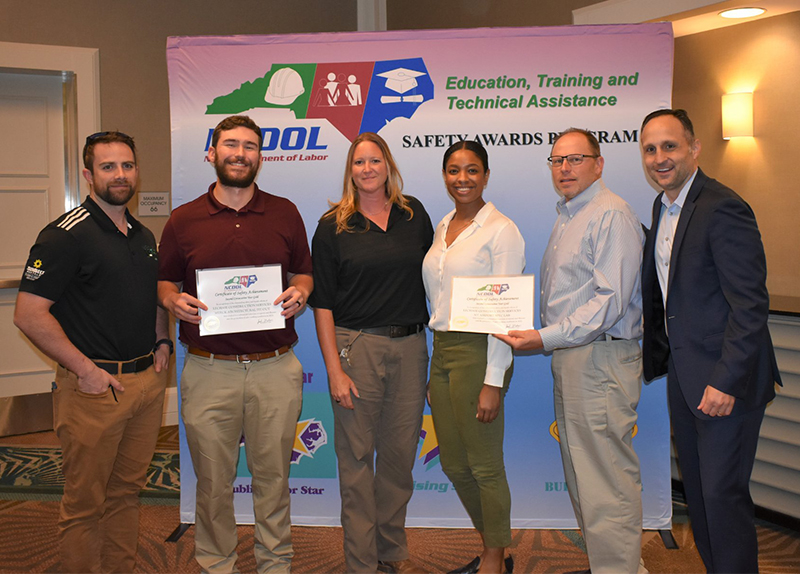