The Inns at Armory Square, LLC

The Inns at Armory Square

This project consisted of the construction of a 130,000 SF, seven-story hotel in the heart of downtown Syracuse’s Armory Square District. It was situated on one city block with an extremely tight footprint—very active streets on two sides, a seven-story office building five feet to the north and Onondaga Creek to the west. The hotel was constructed at or near all property lines, requiring close attention to delivery/staging logistics and making the overall planning/coordination effort imperative. The building’s design elements consisted of a structural steel frame with pre-cast decks. The structure included concrete grade beams and pile caps on 300 12”-round steel piles driven to 50 feet, and a brick and EFIS exterior face.

This uniquely designed hotel, one of only three of its kind in the U.S., combined two Marriott brands and comprised 78 Resident Inn rooms and 102 Courtyard rooms. The two brands had two separate entrances/lobbies but shared amenities, which included an on-site restaurant/bar, indoor heated pool, meeting spaces, laundry, conference area, outdoor seating with a two-sided gas fireplace and an exercise/fitness facility. 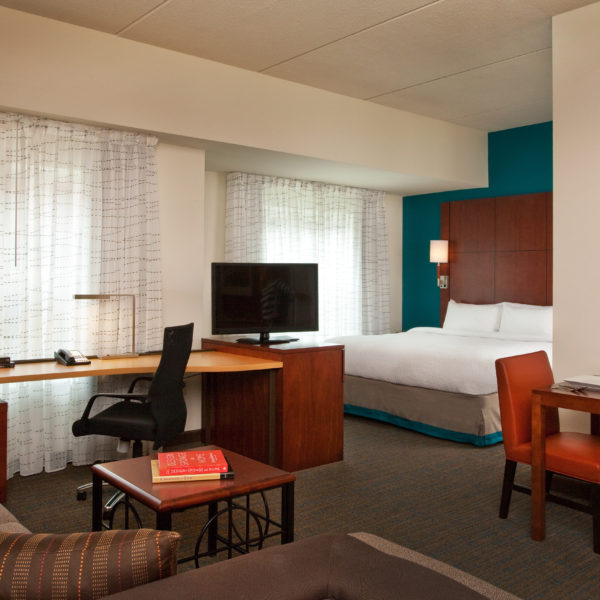 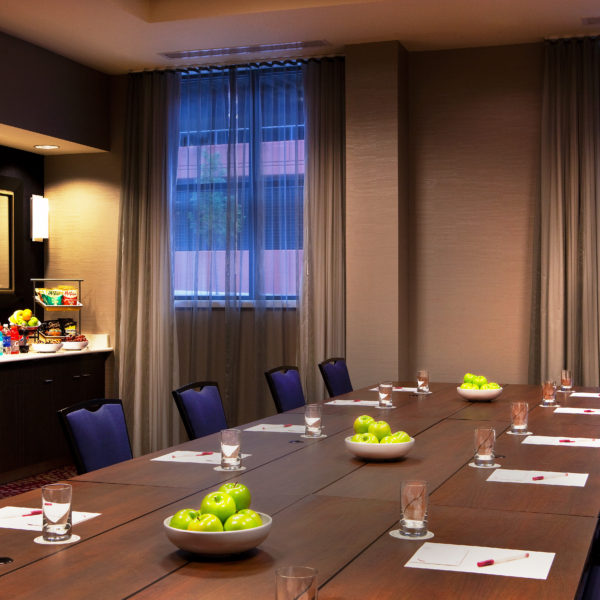 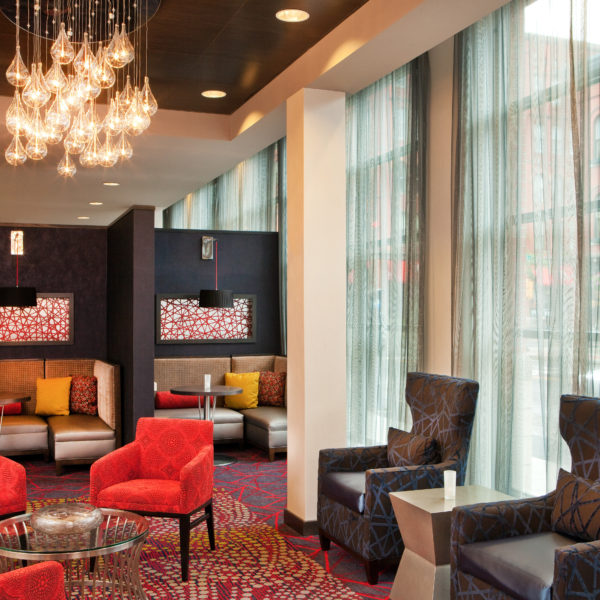 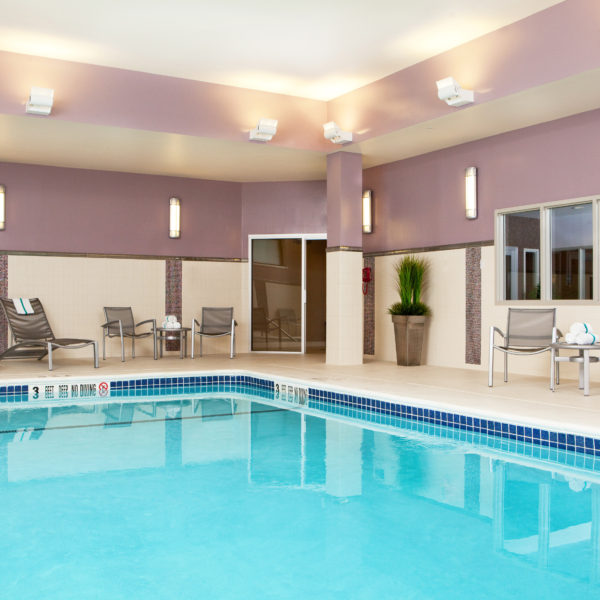 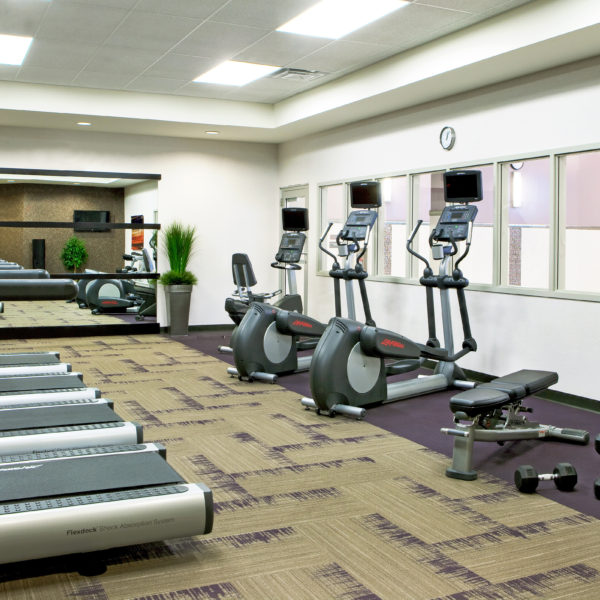 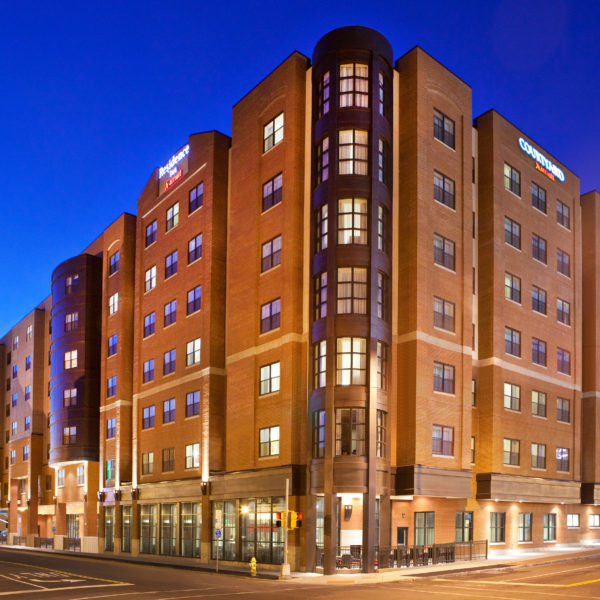 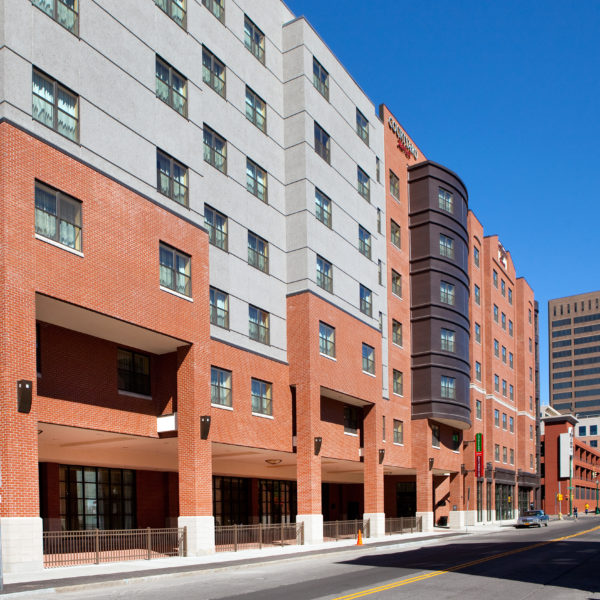 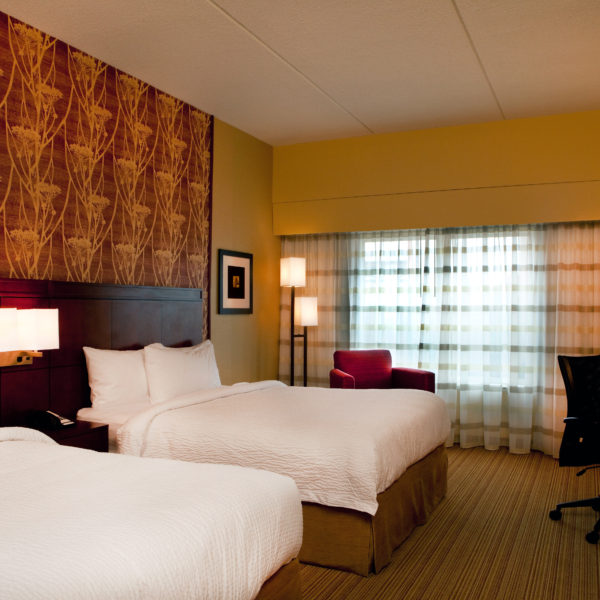