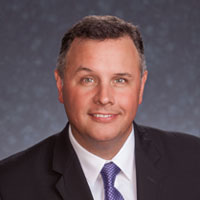 As vice president of the Metro NY office in Armonk, David is responsible for growth opportunities in the New York metropolitan region. In his role, he manages local client, employee and subcontractor relationships, oversees daily operations and works to ensure LeChase delivers services and projects that meet or exceed client expectations.  He joined LeChase in 2014 as a project executive, managing several large accounts throughout New York State and Maryland. He was promoted to his current role in 2016. David began his construction career in 1986, and before coming to LeChase was vice president at both a NY-based construction group and a large, multinational construction and development company. A lecturer in construction management at New York University from 1997 to 2000, he also served on the advisory council for Stanford University’s Center for Integrated Facility Engineering. He has completed several executive and leadership programs at Harvard University and Cornell University, holds a bachelor’s degree in business administration from Warren National University, and is certified in BIM and Lean construction by the Associated General Contractors (AGC) of America. David is currently active on the boards of The Business Council of Westchester and the Orange County Partnership.